Why Is Maryland Such a “Green” State? 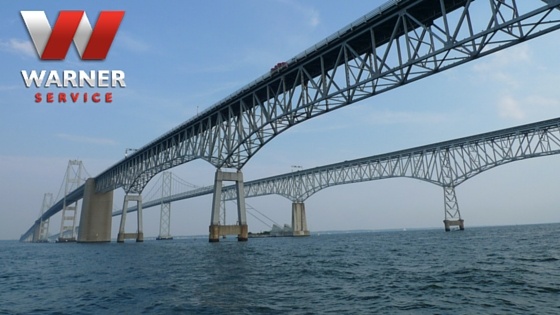 According to Forbes, Maryland comes in at No. 5 in the nation for eco-friendliest states. It may come as a shock to some due to the big city lifestyles of Baltimore and nearby Washington, D.C, which the article said "have some of the highest smog and ozone pollution levels of any metro area in the country.” However, there’s more to Maryland than meets the eye. Here’s Warner Service’s breakdown on why our home is one of the “greenest” states in North America:

Maryland has one of the lowest carbon footprints. Only 10 states have a lower carbon footprint per capita than Maryland. The Maryland Senate recently approved a Greenhouse Gas Reduction Plan, which will reduce greenhouse gases by 25 percent by the year 2020. The plan includes programs like EmPOWER Maryland, which is working to reduce energy use by 15 percent, and the Maryland Renewable Energy Portfolio Standard, which moves the state toward 20 percent renewable energy production by the year 2020 by installing solar, wind, geothermal heating and cooling, and other renewable energy systems. After the Plan expires, Maryland’s goal is to reduce its carbon footprint by 40 percent by the year 2030.

Maryland respects the Clean Water Act. Our home has a “relatively low instance of water facilities exceeding their Clean Water Act permits, according to U.S. PIRG (Public Interest Research Group).” Marylanders took advantage of the tools and resources offered by the Clean Water Act to restore and monitor the Chesapeake Bay and its watershed states.

Maryland doesn’t consume a lot of energy. Out of all 50 states, Maryland ranks 40th in total energy consumption. The state has only one nuclear power plant, and renewable energy resources, including hydroelectric power, supplied 7 percent of Maryland’s total net electricity generation in 2014. The state also has the Maryland Green Registry, a free, voluntary program offering tips on how to make your facility more eco-friendly.

Maryland doesn’t produce much toxic waste. The Old Line State managed to produce less toxic waste per capita than almost every single state in 2005. The Hazardous Waste program of Maryland reduces the generation of toxic waste by implementing a “waste minimization” team that provides technical assistance to toxic waste generators to reduce the amount of hazardous material they create.

Maryland has so many conservation groups. There are a high number of Maryland water conversation groups that stretch from inland to bay side. From the Accokeek Foundation to the Chesapeake Bay Foundation, Marylanders are fighting to keep their water clean. There are also various nature organizations including:

The Free State is not only one of the best places to live (though we may be biased), but on Forbes’ list, it was the eco-friendliest state on the East Coast. That’s right, the entire East Coast. No. 5 in the country, No. 1 on the coast. Way to go, Little America.

If you’d like your home to be a part of Maryland's eco-friendly movement, give us a call, so we can help get you started.