Don't Lose Your Cool Over Your Energy Bill: 5 Tips for Reducing Costs 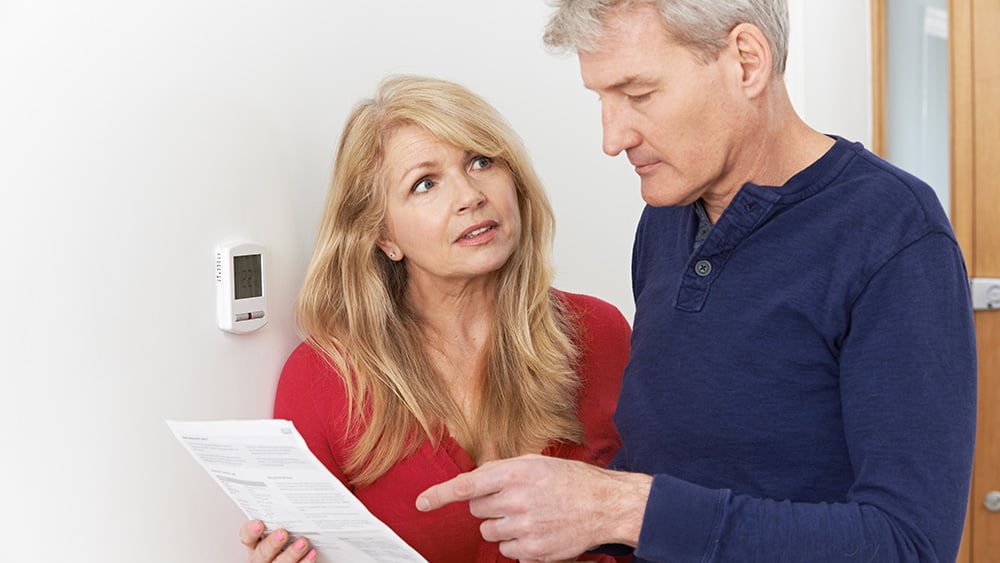 Between paying for electricity, air conditioning, hot water, and heat, energy costs can certainly add up. So much so that, according to NerdWallet, the average family typically spends about $2,200 per year on utilities.

But there are measures that you can take to reduce these costs, and we’re here to share some of the most effective ones with you. Start saving money on your energy bill this summer by following these five tips:

Tip #1: Get your HVAC system serviced

Home heating and cooling is one of the biggest culprits behind hefty utility bills, making this one of the best places to look for cost-cutting opportunities. Making sure your system is running efficiently is the best way to avoid a high bill. Easy HVAC maintenance like routinely replacing or cleaning the air filter are do-it-yourself measures you can take to reduce energy consumption by up to 15 percent according to the Department of Energy. Other, more complicated, HVAC services like checking the evaporator coil or compressor could require pros to step in, so that’s when you’ll have to consider requesting a service agreement.

Window treatments like blinds and shades not only add to the decor of your home, they also greatly reduce energy costs. Energy efficient window treatments can cut back on the heat gain in your home when temperatures rise. They can also reduce the amount of heat and energy lost when the temperatures are cooler.

According to the Department of Energy, nearly 30 percent of a home’s heat is lost through windows during the colder seasons, and 76 percent of the sunlight that comes through double-pane windows during warmer seasons becomes heat.

While installing window treatments, it might also be a good time to check your windows for cracks or leaks that can be sealed so that you can better control the temperature of your home.

According to the Department of Energy, hot water is the second-largest expense when it comes to energy usage in the home. Keeping this in mind and cutting back on your hot water usage while taking a shower, doing laundry, or running the dishwasher can go a long way in reducing your energy costs. Easy methods like taking shorter showers, using a more energy efficient showerhead, and washing clothes in cold water are some of the quick ways to reduce hot water usage in your home. Also, identifying and fixing any leaky faucets will make a huge difference in your energy bill.

Tip #4: Strategically use a ceiling fan

It seems almost too simple, but installing a ceiling fan in some of the highly occupied rooms in your home can also help maintain a comfortable temperature inside without driving up energy costs.

According to Doug Keller, community manager of Payless Power, in an interview with U.S. News, "In comparison to the air conditioner, ceiling fans consume a significantly smaller amount of energy. In manipulating the temperature of your home, consider hitting on your fans instead of adjusting the temperature.” Keller adds that because ceiling fans aren’t actually cooling the air in your home, just circulating it, there is some strategy involved when choosing which rooms to install fans in. "...if they are on in spaces that are not occupied, then they are just wasting energy," Keller said.

Tip #5: Use a programmable thermostat

Most people would like to reach the “perfect” temperature inside of their home. Unfortunately, this goal often time conflicts with reducing energy costs.

Saving money is something we all enjoy doing, and following these simple tips will have you on your way to doing so. If you’re going to start with tip No. 1 and get your HVAC system serviced, give Warner Service a call and we’ll be happy to help.