Do You Really Know What's In Your Laundry Products? 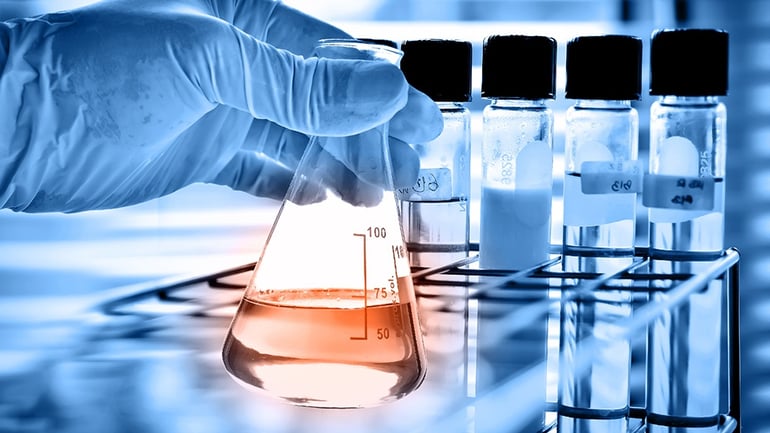 According to Procter & Gamble, Co., you'll do about 600 loads of laundry this year. With each load, you’ll use about a cup of detergent that’s riddled with synthetic chemicals, including a few that can cause cancer, hormonal disruptions, and skin irritation.

For more information on what to look for on your laundry products’ label, Warner Service compiled a list of the most common chemicals to look out for:

While the chemical originates from coconuts, SLS is mixed with sulfur trioxide or chlorosulfonic acid then neutralized with lye.

SLS is classified as a "moderate hazard” by the EWG. According to a comparison study, its corrosiveness strips your skin of protective oils and moisture, which can cause skin and eye irritation, organ toxicity, biochemical and cellular changes, and more.

On labels, SLS also goes by:

Ammonium Lauryl Sulfate: Another variation of SLS, ammonium lauryl sulfate is put into cosmetics and cleansers to make them foam. It shows similar risks.

The Centers for Disease Control and Prevention claims that dioxane can “cause cancer and has been found to be potentially toxic to your brain and central nervous system, kidneys, liver, and respiratory system.”

According to a study by the Green Patriot Working Group and Organic Consumers Association, “Levels of contamination were so high that many companies have come under legal attack for poisoning consumers.”

However, the study concluded “that all brands with the USDA Organic certification were found to be dioxane-free.”

On labels, ethoxylation also goes by:

Nonylphenol Ethoxylate (NPE): Known as the gender-bending chemical, NPE was shown to cause kidney and liver damage, hormonal problems, disrupted growth and metabolism, cancer, and increased mortality in rainbow trout.

Scientists haven’t found direct human effects, but they believe it mildly affects people who use NPE-laden laundry detergents. Canada and Europe have already banned the chemical, and it’s being phased out of name-brand household products on Walmart shelves.

Note: Some detergents contain the NPE alternative alcohol ethoxylate, which the Sierra Club, an environmental organization, suggests is less toxic and can break down naturally.

Phosphates: Some detergents are more than 30 percent phosphates. This chemical breaks down dirt and removes stains by softening the water, which allows suds to form and enhances the detergent’s cleaning power.

However, phosphates have been known to cause nausea, diarrhea, and skin irritation. They’re also a leading environmental hazard. Today, phosphates are banned in more than 25 states including Maryland, and P&G, provider of Tide, is phosphate-free.

Synthetic Chemicals: Most laundry detergents have synthetic chemicals aside from those mentioned above. These can be absorbed through the skin or breathed in, causing unpredictable effects. Look on labels for the following ingredients:

To decrease your exposure to these harmful chemicals, become a label reader and follow our few tricks in Here’s The Dirty Truth About Your Laundry Products. You can also download Warner Service’s Laundry Machine Cleaning Checklist by clicking below: