Daikin’s History of Innovation in the HVAC Industry 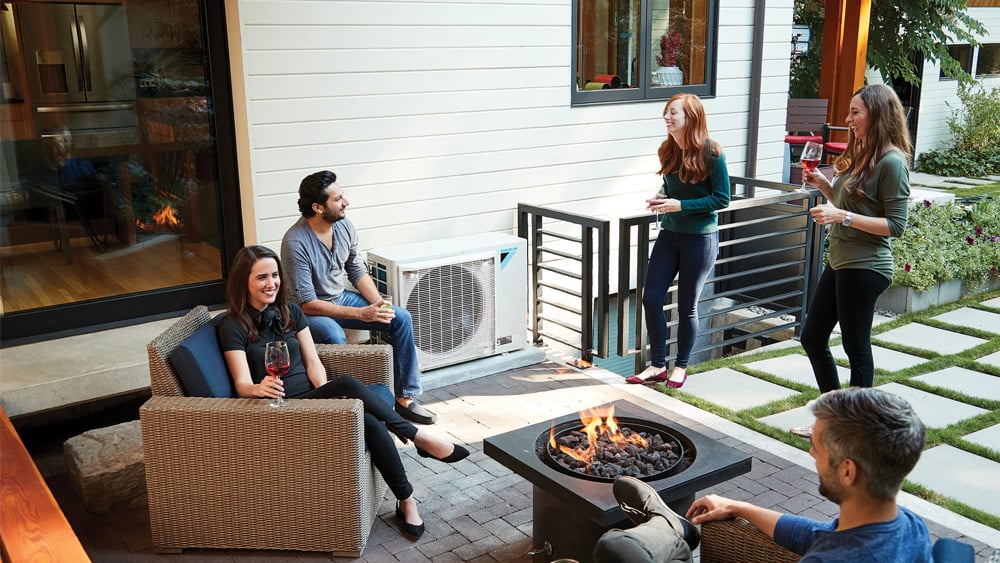 Many of us couldn’t imagine a home without air conditioning, however, it wasn’t long ago that air conditioning was invented — in 1902. Since then, Daikin has played an integral role in 100+ years of innovation and development in the HVAC industry. From Daikin’s founding in 1920 until now, every step the organization has taken has played a part in the innovating technologies that bring home and business comfort to our everyday lives.

As with many other companies, Daikin didn’t start off as one of the world’s largest manufacturers for HVAC products. In fact, they didn’t even start in the HVAC space at all. Daikin was founded in the early 1920s by Akira Yamada as a company that manufactured radiator tubes for airplanes. The company was originally registered as the Osaka Kinzoku Kogyosho Limited in Japan.

Daikin became a player in HVAC shortly after Yamada began experimenting with the rapidly expanding field of refrigerant manufacturing. Just a few years later, Daikin became the first company to successfully manufacture fluorocarbon gas. With this innovation, the company solidified itself as a leader in the industry. These early years set the foundation for Daikin to become a global leader and business powerhouse in the HVAC and refrigerant markets.

While post-World War II was a difficult time for the Japanese economy, the years following were some of the most innovative for Daikin. Between 1950 and 1960, the organization paved the way for modern air conditioning. The business model transformed to begin creating products for both commercial and residential HVAC needs. Daikin was able to scale and position their company for greater growth through the investments and developments that were made in the postwar era.

Key innovations during this time period include:

Breaking Into the 21st Century

After the foundation was set postwar, Daikin focused their energy on expansion and product development. In the 1970s, Daikin began to set up headquarters in countries all over the world, with the first being Daikin Europe N.V. The company focused on making products better, smaller, and at a more competitive price.

Over the next 50 years, Daikin won numerous awards and created the world’s first version of many innovative HVAC products. Most of the HVAC products that we enjoy are a direct result of the advancements in technology made over this time period.

In 2014, Daikin hit the milestone of 10 million air conditioning units manufactured. The next year, Daikin opened its Technology and Innovation Center which will serve as the research and development department for the next 100 years of innovation in HVAC at Daikin.

Warner Service is a proud provider of Daikin. Our trained technicians are experts in Daikin products and can service or install your Daikin HVAC system as needed.

Currently, Daikin and Warner Service are running a limited time instant rebate up to $1,000. In addition, receive no interest if paid within 12 months on a new unit. Click here to learn more: